I am going on a street photography workshop in Bosnia  in a little  less than a week, and in that spirit I started looking at old street photos from my trip to India some years ago. Todays image is shot overlooking a busy part of downtown Delhi.

Just an image from my little landscape shoot yesterday. Sand and sea and lovely colours.

I am continuing my stroll down memory lane, and today I have choosen a shot from downtown New Delhi. More precise outside the parliament in Delhi. It shows a lot of tuk tuk drivers, and other people waiting  outside either for tourist that where visiting or people working in the parliament.

When I was visiting new Delhi my travel agent was asking if there where anything special I would like to see when I was in India. As a martial arts practitioner and enthusiast I was very interested in seeing a traditional Indian martial show or school.  And they arranged me to meet at a martial arts school , and I got to spend a night watching on of the teachings of on of India’s leading Gurus of martial arts, and if I understand correctly the style of kalarikalai.

The school was small, and located in a small suburb of Delhi.

This images shows the students doing some warm up exercises. The Guru stands watchful to the right in the image.

I had the opportunity of sitting down with with the Guru, and he explained the history of the martial arts style and how body, mind and fighting fits together. 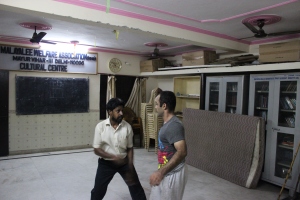 I made a request if I could watch some weapon training, and polite as the Guru was he showed and instructed his student in the different arms at his disposal

Among other subjects he showed knife disarming drill…. Indian style

I had a very nice time at the school, and I wanna thank http://www.indiandreamhollyday.com for arranging it for me.

Today have been eventful. It startet almost  as yesterday. With me haveing to trying to convice a tuk-tuk driver to find me a bank for currency exchange. And I found this driver that offered to take me. Now problems begun again…., but after a rather long trip the plot started to thinken…… He found this allegedly government approved exchange office…… but that was not of very much help…. but then he found a bank… and I got my things fixed…. But then it showed  by some fantastic coincident that he had all this stores that he just had to show me conviently placed on my route back to my hotel….  So I got  kind of annonyed I have to admit, and after some  argument … he agreed to take me back to the hotel.  This part of Indian “tourist culture” is a bit much for me….

But at twelve my driver from my travel agent was present and I was ready for the next sightseeing.

And the first stop was a old 150 year old muslim tomb.  The sight consisted  of many buldings and was very impressive. 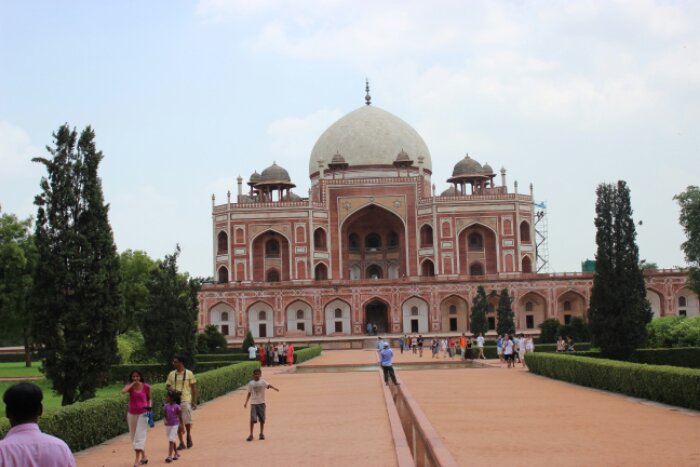 The parks sourranded the monument was conbination of large open places and some flows of water.

The next place the driver brougt me to was a senter devoted to the religion of Bahai, another major tourist attraction here in Delhi

This too was a large park based complex, and the main building had a litte simelar architectural style as the famous Sidney Opera house.

On the site it was made some kind of pool, and was very nicely made, but I dont know the meaning or function of it.

The last place I was presented to today was a UN World heratage site. I contained amongst others building a large mosque.

Like other simelar places I have seen in my two days here in India, this also contained a large park style garden

Now have I spent half a day in the city of Delhi and I have to say it seems great. But as any other tropical place on earth.. as a slightly polarbear type individual … it can litterly be  a litte to hot to handle….

But my first experinces until now have been all good. When I arrived at the airport I have seldom had a more simple and easy immigration process ever. I
just handed over the forms, and a couple of stamps later I was on my way.

I have made arrangments with a travel agent named “Indian dream holliday”, and as informed they where waiting for me, and the driver brought me to my hotel. I have to admit I got a little worrid, since they did not know where the hotel was located, but they explaned that the reson  was due to the differnce between the sales department  that made the reconmandations and actual booking, and the operations department that where supposed to assist me…. and I let the doubt be in there favour…

Today I got up early at 10.30 (since I was in bed by half past four I was quite happy), and what was the first Indian thing I mangaged to do …. to take a tuk-tuk ride, and the driver tok me straigth to a handicraft and carpet outlet….. tourist trap…. HELP…… and some rupies  and  a couple of “gifts” later …. I was on my way back… I have to admit that I have traveled so much, that I should have seen that one comming…. but…. ok 🙂

Then at noon the original first time sightseeing started…. and the driver provided by the agency was arrived..

He showed me a lot of nice places, and started  off at a large red mosque in Delhi, this was one of the old large tourist attractions. It was very nice , and a old man gave me a tour of the place .. (I might do a standalone  entry on the place later)

The next place was a large park. It is quite impressive to see all the green lounges in the middle of Delhi, but on a day like today it is just to hot to enjoy them to the fullest.

The next place was some sort of war monument. I did not quite catch what it was, but it was quite amazing.

The next place to visit was the presidents palace, and the adjacent  minstry of defence and finance. It is a clear reminder of the influences of Great Britan in style and grandeur.

From the palace of the president you can overlook the “Kings road” down to the war monument described earlier.

Last but least,  the driver showed me a beautiful church in the middle of Delhi 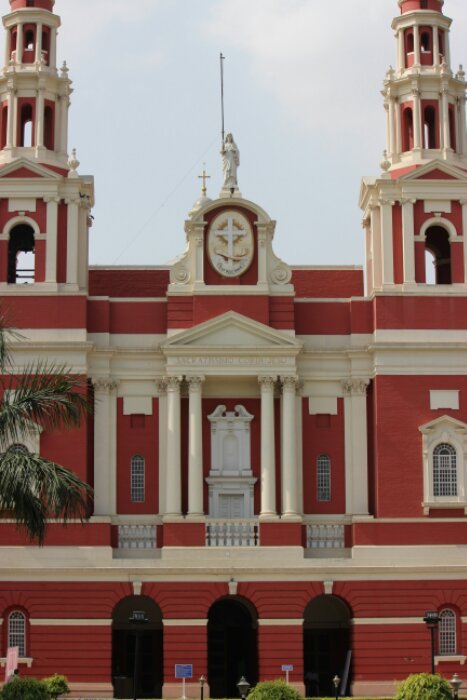